Kimberly Field is a native of Calgary, Canada where she began her dance training at the age of three. In Calgary, she performed with Calaway Live, the Quiksilver Dance Team (National Basketball League) and appeared in many local educational films. She choreographed the Country group, Sisters, choreographed for the Miss Canada Pageant and worked with the Front Row Center Players as Assistant Choreographer.

At Shenandoah University she had the opportunity to train with many great teachers including, Erica Helm, Alan Arnett, Mary Robare, Susan Shields, Lynn Simonson, Christine Daikin, Jane Franklin, Doug Elkins, Sean Curran, Robert Duvall (Tango) and others. During this time Kimberly’s choreography was presented at three American College Dance Festivals. In 1999 she received her BFA in Dance Performance with additional course work in Education. Her awards from Shenandoah University include the 1999 Dance Educator of the Year and the 1998 Elizabeth Weil Bergmann Award for Choreographic Excellence. Upon graduation she taught for Shenandoah University and began a daily Dance Program at Berkley Springs High School in Berkley Springs, West Virginia. For the Winchester Public School system she choreographed full length productions of Guys and Dolls ’00 and Fiddler on the Roof ’99.

Upon arriving in Staunton in 2001, Kimberly taught Ballet and Jazz Technique at JMU and opened Valley Dance Theatre in May of 2004. VDT is now entering its 13th season and the Valley Dance Theatre Performance Company has won numerous awards under the direction of Ms. Field. Her students have been admitted to the Dance Programs at Marymount New York, Pace, Dean, Sarah Lawrence, GMU, JMU and Shenandoah University; assisted for Dancemakers Inc; and performed on Broadway, on major cruise lines, in music videos, and at large amusements parks. Kimberly is a Registered Teacher for the Royal Academy of Dance and Acrobatic Arts, Judges for the State Dance Championships and Showstopper and is a Certified Zumba instructor. 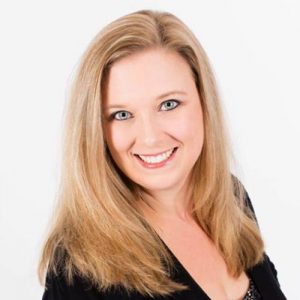 Brooke Driver obtained her Bachelor’s of Arts in Dance with a concentration in education and choreography from Mercyhurst College in Erie, PA in 2003. While attending Mercyhurst she was on a dance merit scholarship and a member of the Mercyhurst Dancers and Lake Erie Ballet Company. Brooke spent much of her younger years studying the Royal Academy of Dancing Syllabus and completed many Grade and Major RAD Examinations. Brooke was also a member of the area Shenandoah Civic Dance Company for eleven years. Since her completion of college she has had the opportunity to teach at numerous studios across the state; from Manassas to Lexington and from Orange to Monterey. Brooke was also an adjunct teacher with the Shenandoah Valley Governors School within their Theatre Department teaching Dance for Actors. She has also taken a great interest in Musical Theatre production and has choreographed numerous full length productions including; The King and I, Footloose, Copacabana and Once on this Island. Brooke has been with valley dance theatre for over ten years and is also the Director of Sales and Marketing at the Holiday Inn in Charlottesville.

Christina Tweardy received a Masters of Fine Arts in Dance from George Mason University in 2004 and her K-12 Virginia Certification in Dance in 2007. She also holds a Bachelor of Science in Biochemistry from Indiana University of Pennsylvania which she received in 1999. Tina was a member of George Mason Dance Company from 2002-04. She also was a member of the IUP Dance Company from 1998-1999 and Assistant Choreographer for the Theater Department’s productions of “My Fair Lady” and “Hair”. While at George Mason, she premiered pieces for Elizabeth Price and Boris Willis as well as being a contributing choreographer for the Company. During 2003-2004 she was Artistic Director for a community theater program in Fairfax, Virginia. Tina has been a dance instructor at Valley Dance Theatre for over ten years.  In her other life she is currently employed by Staunton High School as a Science teacher. 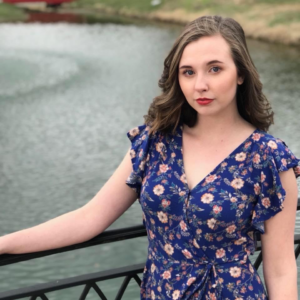 Haley Hudson grew up in the Shenandoah Valley surrounded by music. She comes from a musical family where she started learning to play piano with her mom and guitar with her dad. Singing has always been her biggest passion, so she went on to receive her Bachelors in Music Education with a concentration in voice from Shenandoah University. She also received a Performance Certificate with the help and training of her voice teacher, Dr. Kathryn Green. Haley is currently in her fourth year of teaching music at Clymore Elementary School, and she is looking forward to joining the VDT team! 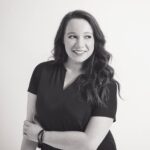 Rebekah Bono is a dance instructor, performer, and administrator. She grew up training at Valley Dance Theatre and went on to graduate from James Madison University in 2017 with a Bachelor of Arts in dance. During that time, she performed in and/or showed choreographic works in over 18 dance concerts, co-directed the Associate Dance Ensemble, and choreographed for the main stage musical “Guys and Dolls” while still teaching at VDT. She has been teaching dance of all styles to students of all ages and skill levels for the past 10 years in various studios, workshops, and intensive settings. Since graduating, Rebekah has been teaching and performing in and around New York City.

Since 2017, has worn many hats at Cora Dance in Red Hook Brooklyn, a non-profit dance studio that serves the community with pay-what-you-can program: managing the programs, directing a youth company, teaching on and off-site in Brooklyn as the lead teacher and performing with both the Shannon Hummel/Cora Dance apprentice and professional company. Rebekah was also a dancer for Soul Steps, directed by Maxine Lyle, a professional step group that performs and teaches step and step histories in schools, colleges, and showcases around the country. She also served as Dance Captain for the workshop production of Step Show: The Musical; a work-in-progress written by Maxine Lyle. Since the COVID-19 pandemic, Rebekah has stayed connected with her students through pre-recorded and live online classes. She is looking forward to working again with the community at Valley Dance Theatre! 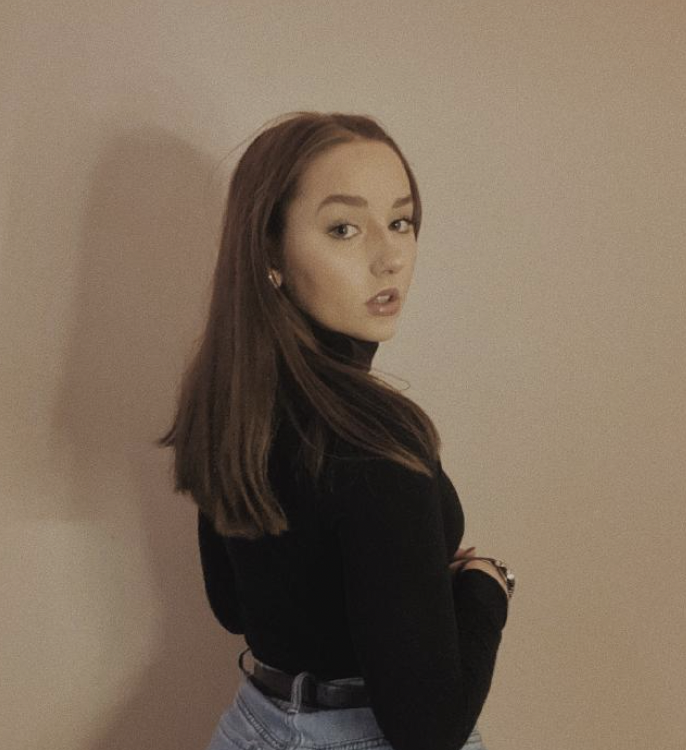 Emiley Harig began dancing at the age of 7 years old, at Valley Dance Theatre. She joined the VDTPC competition team at the age of 10 which allowed her to fall even more in love with dancing, instilling a passion to have a career in the arts. She has performed in musicals with ShenanArts She also took on lead roles in theater projects throughout high school with the homeschool organization “ACE co-op”, and was awarded the opportunity to be part of the performance company of “World Class Talent Experience” (WCTE), two years in a row. Emiley accepted the spot for the 2018 tour, where she studied under: Adrianne Rodgers and Lindsey Leduc. She is now working towards a B.A in dance, and is excited to be on the VDT team 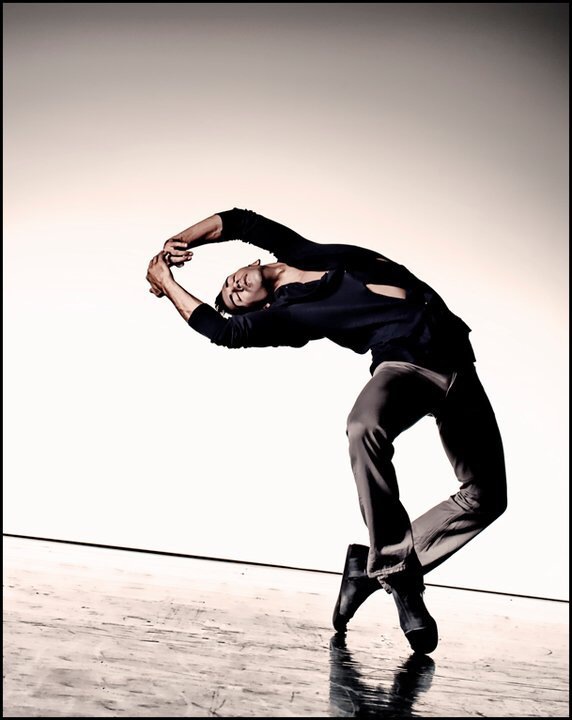 Miguel Perez started dancing at the University of Arizona where he was fortunate enough to receive a 4-year scholarship for dance. He then went on to dance for both River North Dance Company and Hubbard Street 2 in Chicago. After making a change from concert to commercial dance, Miguel moved to Las Vegas to dance for Celine Dion A New Day at Caesars Palace. Once the Celine show closed in Vegas, Miguel was fortunate enough to go on Celine Dion’s world tour Taking Chances, where he was also dance captain. After being on tour, Miguel made LA his new home. He filmed two workout videos for Hip Hop abs and Dancing with the Stars. He’s appeared on America’s Got Talent, SYTYCD, and has danced with Leona Lewis on Dancing with the Stars. Miguel was also a featured dancer in the show Viva Elvis for Cirque Du Soleil. He has performed on the Miss USA Pageant and Miss Universe. He also danced for Paulina Rubio in Mexico City. Miguel has filmed two movies: Behind the Candelabra where he worked with Marguerite Derricks and Ted 2, choreographed by Rob Ashford. Other jobs he has done are a commercial for Acura with Ryan Heffington, BODYTRAFFIC Dance Company, Shania Twain’s show at Cesar’s Palace Casino in Las Vegas, The Oscars, performed with Taylor Swift on the AMA’s, and The Kennedy Honors awards tribute to Rita Moreno. His most recent credits include Steve Wynn’s Showstoppers at the Wynn casino and dance captain for The Donny/Marie Osmond Show. He has had the privilege to work with some of the most influential names in concert dance and commercial world like Jamie King, Vincent Paterson, Mia Michaels, Brian Friedman Tabitha and Napoleon, Mandy Moore, Stacey Tookey, Bonnie Story, Tyce Diorio, Hofesh Shechter, Kyle Abraham, Victor Quijada, Richard Siegel, and Sidra Bell. When Miguel is not dancing, he is also teaching for Cirque du Soleil’s shows, universities, dance companies, and studios all over the US. So many great artists have influenced Miguel’s career and his goal is to share his knowledge and inspire a new generation of dancers. 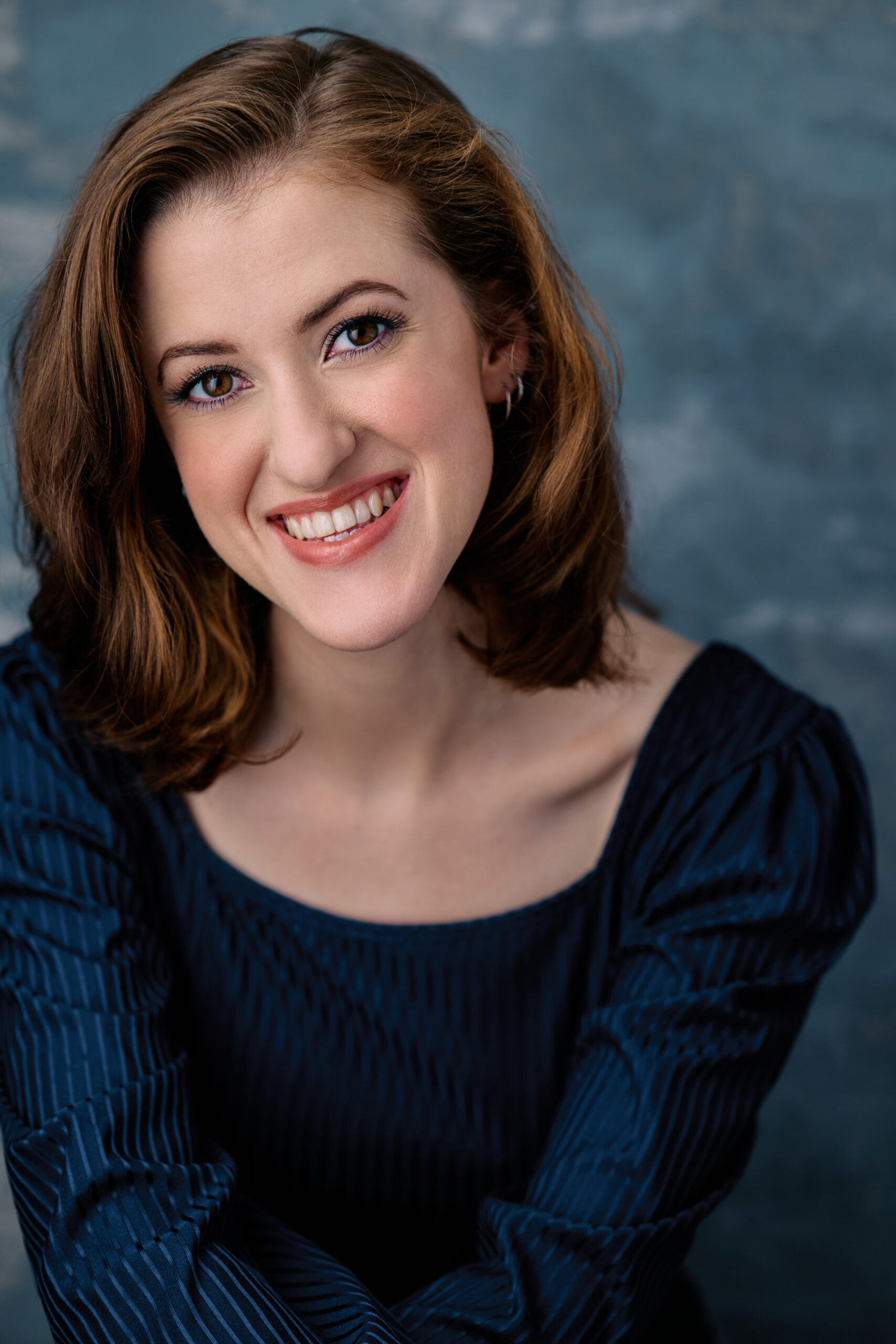 Abigail Olshin is a director, actor, and playwright, from Rockville Maryland. She received her high-school training at The Oregon Shakespeare Festival, The Folger Shakespeare Library, and the Stratford Festival in Canada. She went on to graduate from the University of Maryland, College Park, where she received a double degree in Theatre and English and a minor in Arts Leadership. At the University of Maryland, she performed roles including Marie Antoinette in The Revolutionists, and Mrs. Linde in A Doll House, as well as directing productions such as “The 25th Annual Putnam County Spelling Bee” and “Martius, A One Act Virtual Musical”. In addition to her work and training in the theatre, Abigail is also an arts administrator. She has worked for the Maryland School of Dance, and most recently served as the Ticketing Coordinator and Administrative Assistant at Maryland Youth Ballet. Abigail is currently a graduate student in the Shakespeare & Performance MLitt/MFA program at Mary Baldwin University, and is excited to join the team at Valley Dance Theatre! 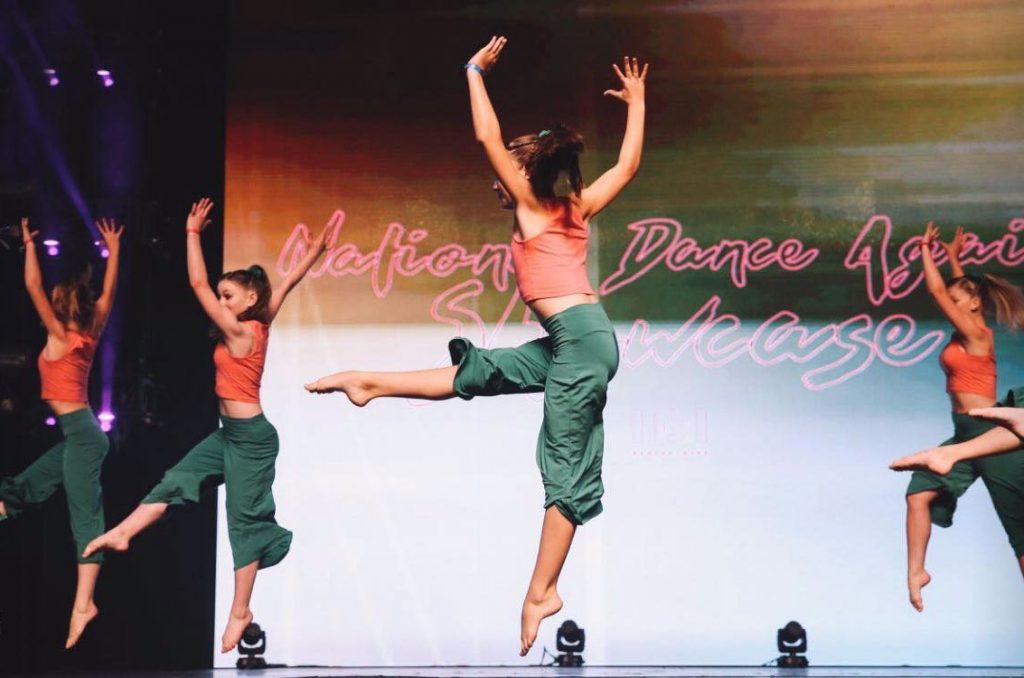 “Thank you so much. You are a dream to work with. The girls are so excited and have been practicing all summer!”

“Thank you so much. You are a dream to work with. The girls are so excited and have been practicing all summer!” 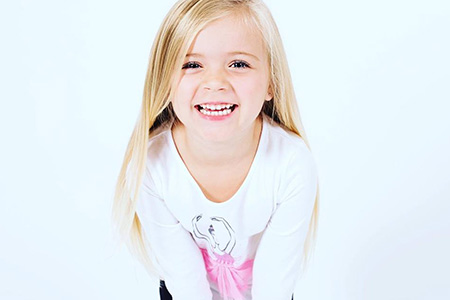 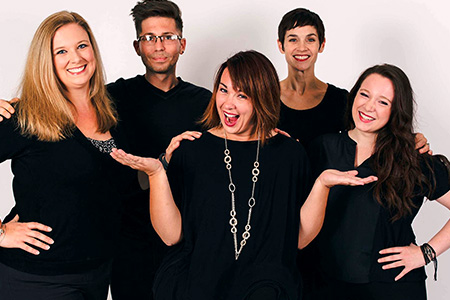 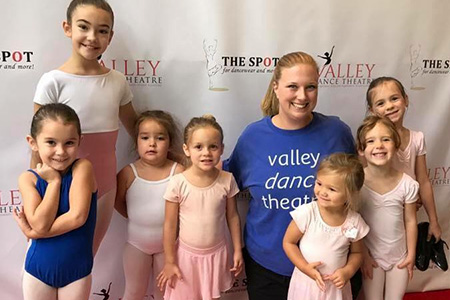